Itinerary of our tours: Guided D-Day tours in Normandy.

We can offer you different types of guided tours. We have our Private D-Day tours with your group only, seeing what YOU want to see and our Shared group D-Day tour. The last in a set format with small groups of maximum 8 people. We will tell you the stories of the veterans we personally met over the years, having their stories first hand! 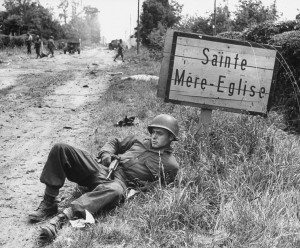 The American 82nd and 101st Airborne divisions’ main objective was to secure and protect the Western flank of the D-Day invasion area. Sainte Mère Église was of strategic importance because of its two nearby bridges in the vicinity of Utah beach, about 2mi North-East from the planned drop zone of the 82nd Airborne Division. By mistake, paratroopers from both divisions where dropped into the center of the village. One of them, John Steele, got caught on the church steeple, made famous by the movie “The Longest Day”. We will also visit the Airborne Museum, opposite the church, as an integral part of the shared group tour. Let us tell you the personal stories of veterans we met over the years and about their unfortunate drop the night of June 6th 1944. 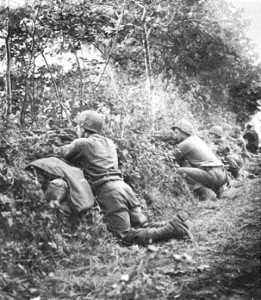 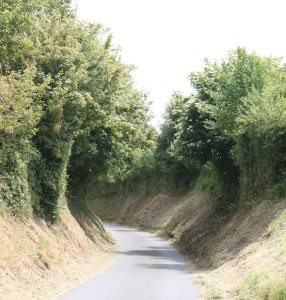 On our way to Utah beach you will experience the Normandy countryside with its hedgerows and narrow roads. A lot of the Sainte Mère Église area is still how it was during D-Day. When tractors came into fashion during the 50’s, the farmers wanted bigger fields and took out hedgerows to accomplish this, but not in this area. You will see what problems the soldiers on D-Day had to overcome and why they were so dangerous! 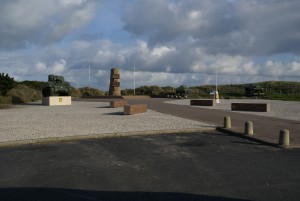 A monument to General Leclerc’s 2nd Armored Division of the Free French Army who landed on this stretch of Utah beach on the 1st August 1944. Next to the monument stands a Sherman tank and two armored vehicles and within its vicinity many of the original bunkers, all part of the “Atlantic Wall”. 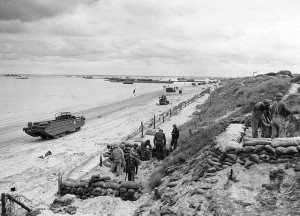 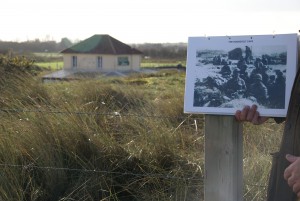 Omaha beach is the most famous, but Utah beach the more important one. The nearest invasion beach to Cherbourg, with its deep sea harbor, which was important to bring in supplies. Considered as the most successful with the least casualties of all Normandy landing beaches. Here is where the 4th Infantry division came ashore. One of them was Gen. Teddy Roosevelt Jr, being the first general to set foot ashore from the seaborne troops. Learn about this success and why it was the most  successful one on D-Day.

Dick Winters (portrayed in Band of Brothers), was chosen to represent and honor all men leading the forces on D-Day with his Leadership Memorial.  This Memorial will give you a stunning view overlooking Utah beach from a distance. 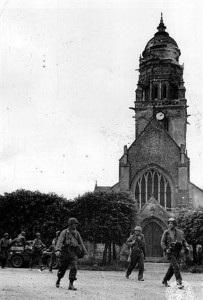 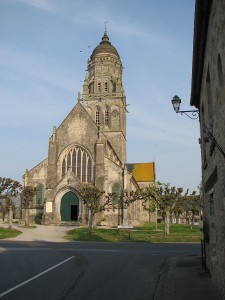 A beautiful, typical Norman village close to Utah Beach. This village has a church steeple overlooking the whole area, including Utah beach, and was used by the Germans as their artillery observation post. As a direct threat for Utah beach, this was one of the objectives for  the 101st Airborne Division. Another was the gun emplacement just outside Saint Marie du Mont, “Holdy” gun battery and later the four guns at “Brecourt” Manor, taken out by Dick Winters’ platoon, also portrayed in Band of Brothers.

Not all was death and destruction. Let us tell you the story of the “Angels of Mercy”. The church of Angoville au Plain was picked by two medics, Bob Wright and Ken Moore, to serve as their aid station giving aid to more than eighty casualties, Americans, Germans and even a fourteen year old boy. You will be stunned hearing their story. This monument is initiated and build by one of our guides, Hubert. 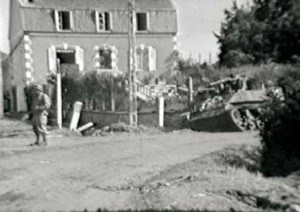 Cross road where a tank coming from Utah beach was taken out by the Germans. A body was hanging from the turret for days. Due to the fierce fighting no one was able to recover the body and soldiers referred to it as “the cross road with the dead man hanging from his turret”. Later on they shortened this to “dead man’s corner”. 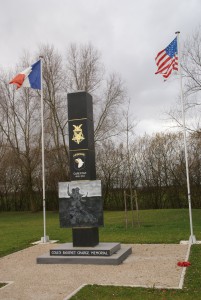 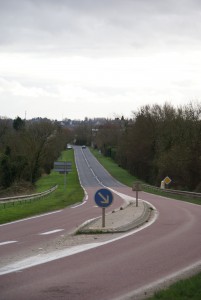 A lot of the area was flooded by the Germans and this made it difficult to get into Carentan, coming from Saint Come du Mont. This elevated road crossed the marshland and contained  four bridges with the German paratroopers waiting for the American paratroopers at the other end. Col. Cole commanding 3/502 PIR starting the attack with his 400 men, fought an intense battle and was down to less than 250 by the time they got to the outskirts of Carentan. From here he launched a bayonet charge which led to him being awarded the Medal of Honor. At the end of “purple heart lane” we will pass “Col. Cole’s Bayonet Charge” Memorial. 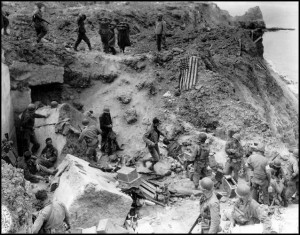 Pointe du Hoc was the biggest German gun emplacement within the Normandy invasion area. On top of 100-foot high cliffs, considered impregnable. We will be here for an hour and even go into some of the bunkers. Find out how Col. Rudder’s Rangers scaled these cliffs and took this gun battery. 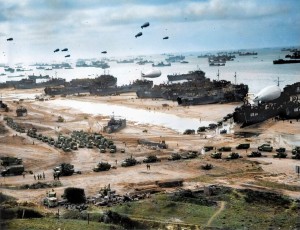 The worst place to be on June 6th 1944! You will be impressed by the views of this beautiful and now peaceful beach. After we tell you all that went wrong and the differences with Utah beach, you  will understand why this was the worst place to be and even think how it was possible that they took this beach. 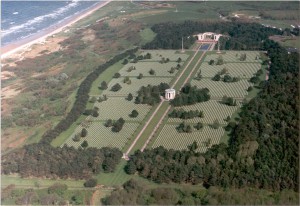 9387 of the ones who gave all are interred here and 1557 names are engraved in the wall of the missing. The 172,5 acre Normandy American Cemetery is where we will end the day. A place to pay your respects and honor these men and women. With over a million visitors every year, this is the most visited cemetery managed by the American Battle Monuments Commission.

Book your D-Day tour in Normandy starting from Cherbourg here

Experience the D-Day landing beaches with us!

Have a look at our tours: ⤵

Contact us for free without obligations via this contact form. You also can book online or send us your email for reservations and requests:

What our clients say about us 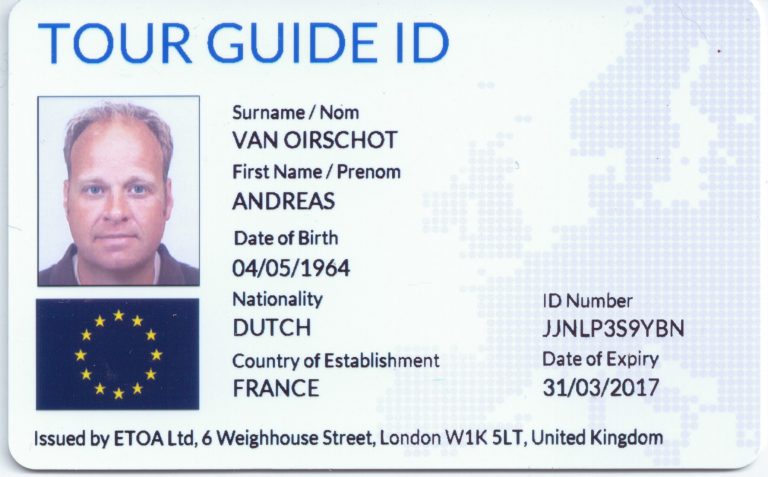 All our guides are English speaking experienced D-Day experts.